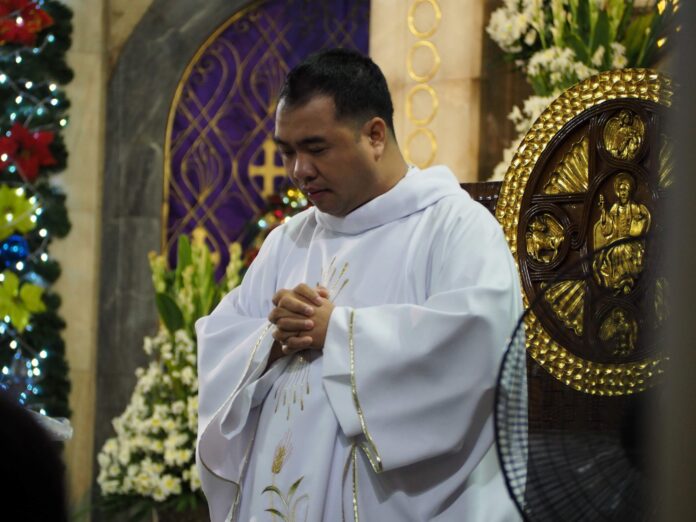 Today, March 17, we celebrate the second year sacerdotal anniversary of Fr. Paul Vincent Perlado, OFM Cap.  Being a graduate of Lourdes School Quezon City, Fr. Paul is proudly tagged as our “homegrown” priest.  But this young and humble priest’s story to priesthood is not one without its share of serendipitous twists and turns.

Born August 30, 1982, Fr. Paul grew up in Quezon City and in 1988 found his way to Lourdes School Quezon City.  Other than his profound interest in the subject Christian Living and joining the High School club Knights of St Francis, Fr. Paul never felt the call to religious life then even after his graduation from high school.

It was during his senior year as a Political Science student at the Far Eastern University where he felt that things took a different turn.  Once he accepted the invitation by the university Campus Ministry to serve as an altar server assigned to the noon mass, he suddenly found himself with the deep desire to go to mass everyday.  There was something about being in communion with Christ at Holy Mass.  Not wanting to call it as an added bonus but with this love for the Holy Mass came his intensifying devotion to Our Lady.

Fr. Paul soon developed a burning passion to serve others.  He considered taking graduate studies related to social and academic work for he was convinced that this is where he will find fulfilment.  Little did he realize then that the Lord had grander plans for him — the Lord wanted him to serve in His Church.

His journey to priesthood is certainly noteworthy.  He will forever be grateful to the Comboni Seminary which opened his eyes to a new way to serve others.  One can say that Fr. Paul went full circle before he became a Capuchin priest.  From his beginnings learning the Comboni way of life, he also had an experience with the Guallenian Congregation.  Seemingly trying to find his place, he even looked into the Jesuit formation.

His love for social work soon won over.  In the national elections of 2004, an invitation to help in NSOLL’s Parish Pastoral Council for Responsible Voting (PPCRV) made his way back to the National Shrine.  The great turning point came in November 26, 2004 where he participated in the vocation jamboree dubbed  “Godstruck”.  There, he met Fr. Jesse A. Tejero, OFMCap., who was at that time a newly professed post novice brother, and introduced him to the Capuchin vocation director, Fr. Rally S. Gonzaga, OFMCap.

A month later, moved by the spirit, he soon found himself in a gathering of 40 Capuchin aspirants on December 27, 2004 held in GMA, Cavite.   It was at this moment where he felt he finally found his future home.  His decision to enter the Aspirancy program led him to get more involved in NSOLL’s activities for the youth and catechetical apostolate.

His decision to begin his years as a priest did not come easy.  Coming from a small family and with only one brother as a sibling, his father was reluctant to give his full blessing saying “Apat na nga lang tayo, aalis ka pa?”  To most parents, sending off your child to a consecrated life felt like saying farewell for good. Torn by his father’s words, Fr. Paul persisted.  There were numerous challenges prior to his first profession in the Capuchin life and into the priesthood that made him proceed with uncertainty.  There were close calls which are too many to mention which made him think if this is the correct path for him.

But it was his father, stricken with cancer in 2013, who became the driving force that encouraged him to persevere against all odds. It was his father’s blessing which gave him the push he needed to move on.  Hence, on March 17, 2018, Fr. Paul Vincent Perlado was ordained a priest of the Order of Friars Minor Capuchin at the National Shrine of Our Lady of Lourdes.  He recalls this day with the utmost sense of pride and happiness, remembering how much he had cried out of joy and gratefulness for all the miracles that the Lord has done in his life.

Fr. Paul Vincent Perlado, OFMCap is currently assigned to the Bahay Capuchino where he serves as the secretary of the Capuchin Philippine Province.  He also has ministries at the National Shrine of Our Lady of Lourdes and Santa Teresita del Niño Jesus Parish, Quezon City.   Likewise, he assists other Capuchin parishes outside of Metro Manila such as Our Lady of Lourdes, Tagaytay, Cavite and St. Francis of Assisi, Cabuyao, Laguna, and helps in the formation program of the Postulants and Post Novice brothers in Lipa, Batangas. 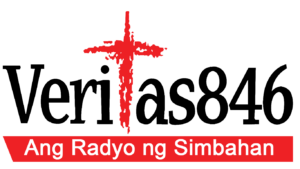