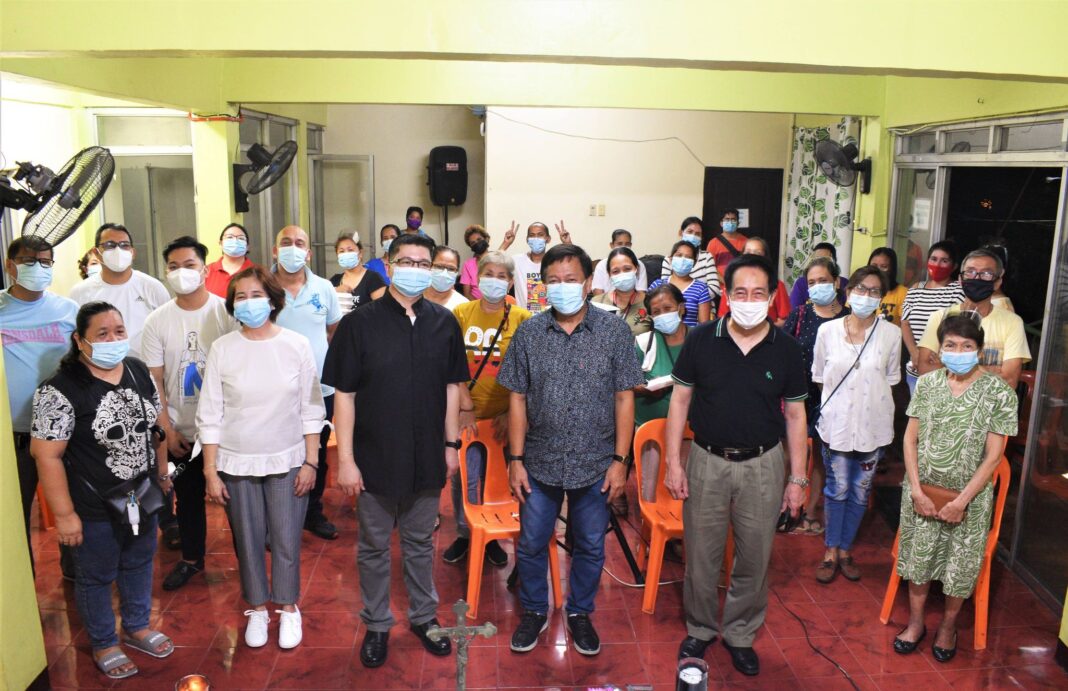 On Wednesday July 14, 2021 Holy Mass was celebrated at the Barangay Hall of Saint Peter. Parishioners and barangay officials attended the 6 pm Mass. The meeting followed at 7 pm.

Together with Fr. Jeff  were Br. Chichos Luciano – Lay Cooordinator,  Sis. Chabeng Sioson – from the Mother Butler Guild (MBG) of NSOLL, and Br. Joseph Villaflor, Worship Coordinator.  Updates on NSOLL programs were mentioned:  Libreng Kumpil  and  Libreng  Kasalan. Sis. Chabeng encouraged ladies to join the MBG since most of the current members are Senior Citizens who are not allowed to leave their homes. Fr. Jeff invited everyone to the Dedication and the 70th Anniversary of the Parish.

The barangay officials raised their concerns, including the possibility of holding Simbang Gabi Masses.

NSOLL thanks Barangay Saint Peter officials and parishioners for the preparations made to ensure a successful pastoral visit for  Fr. Jeff.