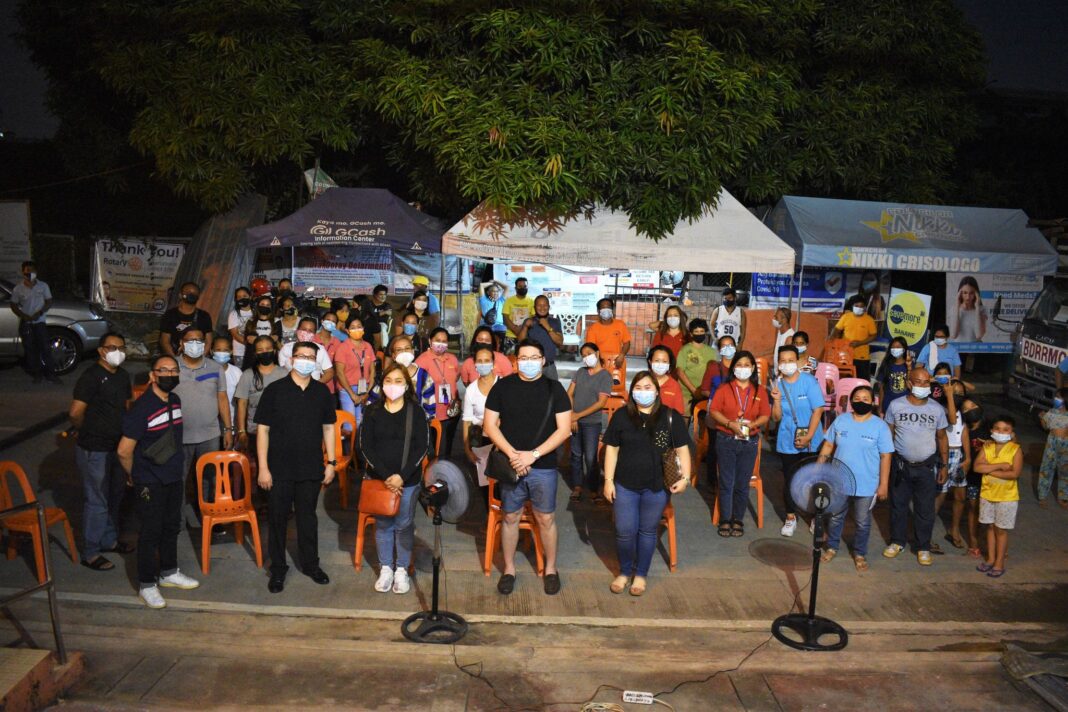 The youthful Chairman of Barangay Santo Domingo, Michelle Ann Yu, promised to continue the legacy left behind by her father, Richard, who suddenly succumbed to heart attack in April this year after serving for 9 years or 3 terms of meritorious work as Barangay Captain.

Simply & briefly uttered but full of conviction, the pledge made by Kapitana Yu to Rev Fr. Jeff Agustin OFMCap. was to pursue the active participation of the Barangay, formerly Barrio Matalahib, at the National Shrine of Our Lady of Lourdes in all its continuing activities and sustained advocacies.

Fr. Jeff acknowledged the show of support in a plenary meeting with barangay officials steered by Kagawad Alda Bautista and Kagawad Tito Lopez. Together with Worship Coordinator Joseph Villaflor, the Parish Team laid out the plans and activities including the Sacraments that can be gratuitously availed such as  the Kumpilang Bayan on July 30,  Binyagang Bayan on August 26 and the Kasalang Bayan on December 1.

A celebration of the Holy Eucharist preceded the general assembly at the outer area of the barangay hall which is comfortably nestled although quite hidden along Don Manuel Agregado and Sto Domingo Streets.

This was the 6th pastoral visit of Fr. Jeff in his 9-barangay round of NSOLL’s domain.