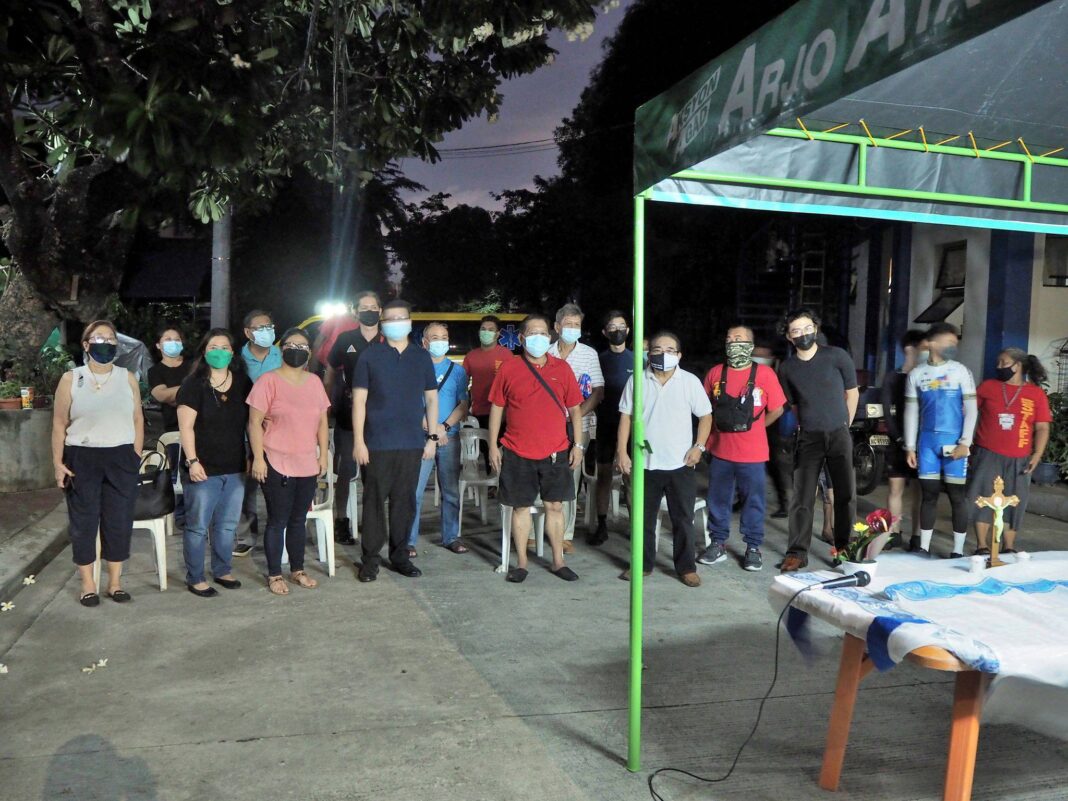 If there’s one pastoral visit that has given NSOLL parish priest Fr. Jeff Agustin, OFM Cap, a zealous welcome was that accorded him by Barangay Siena last July 16. This should not come as a surprise as the locality displays exemplary devotion to Our Lady of Lourdes with its regular Friday motorcade at 4PM around the barangay but this was before the onset of the pandemic.

This was top of the agenda that the barangay officials led by Chairman Emma Lourdes “Apple” Castor-de Jesus presented to Fr. Jeff during the open forum held right after the 6PM Mass.

First off, Fr. Jeff summoned the officers to spread the word around about Parish services such as the Libreng Kasalan on December 1st, Libreng Binyagan, and Kumpilang Bayan held every other month. He further called on the active participation of the barangay especially in the busy month of August with two monumental events to be held consecutively on August 14- Dedication of the Shrine with its Triduum Masses on August 12 & 13 and on August 15- opening of the Jubilee Door marking the 70 Years of NSOLL as a Parish to be capped by a motorcade around the nine barangays.

For their part, the officials said that once the go-signal to resume the staging of the Friday motorcade of the Marian image is issued, a representative of the parish is requested to be in attendance. Apart from the motorcade, there was also a call for the resumption of the street masses that, in the past, this barangay has recorded one of the biggest numbers of its faithful participating in this quaint celebration of the Holy Eucharist.

The realization of this proposition may be long in coming due to the outbreak of virus variants but the fervent desire of this barangay remains steadfast. Its fealty to NSOLL is unshaken as it is a long-known fact that, despite being also a part of the Parishes of Sta. Perpetua & Sto. Domingo, Barangay Siena, named after its patron saint, mystic & activist St. Catherine of Siena, has found itself more involved in NSOLL activities. This barangay, located along Sto. Domingo Street inside Siena High subdivision, is just across the Dominican-run Siena College.

Formerly a part of Barrio San Jose, Barangay Siena had for its first barangay captain Hon. Tomas Castor, Jr. (1997-2007),   grandfather of the incumbent Kapitana “Apple”. The zestful barangay chairman, following the footsteps of her “abuelo”, is said to have served the longest in the barangay from the time she became SK Chairperson in 1997.

All these practical facts considered, Fr. Jeff will have his hands full with the dynamism of this NSOLL server-riddled Barangay Siena.